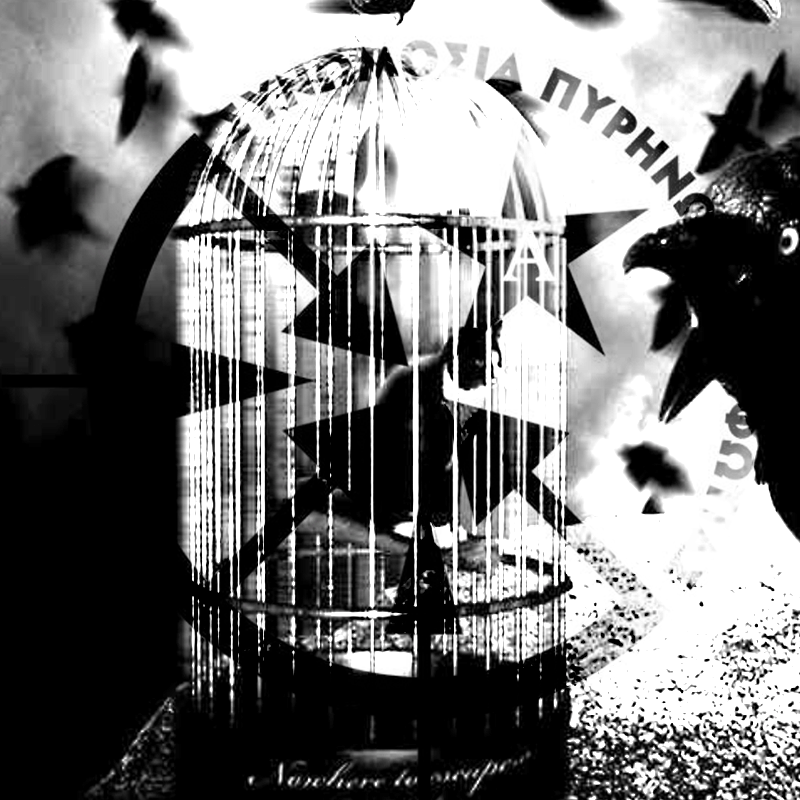 an excerpt from: “A Conversation Between Anarchists: A discussion about tactics, theory and practice between the imprisoned members of the CONSPIRACY OF THE CELLS OF FIRE and a few anarchists in Mexico”

We live in a world that is apparently changing while its substance remains the same. The economic crisis and its periods of transition, technological progress with its new “breakthroughs” and dominant civilization with its useless consumer goods are part of these apparent changes of the world of power. But its core remains frozen and unchangeable, as it is a living organism that reproduces exploitation and organized boredom. Most revolutionary theories, including some of the anarchist tendencies, concentrate only on the question of economic exploitation exercised by power. In their actions as well as in their theory they make a distinction between ‘personal’ and ‘political’, between exploitation and oppression and boredom, between struggle and desires. By focusing only on economy these circles inevitably produce new ideological beliefs and dogmatic science, and replace the capitalist model with a ‘revolutionary political program’.

Owing to the current economic crisis, regressive opinions that claim self-management of the means of production and popular assemblies are increasing within so called anarchist movement in Greece. All this is a response to the plunder of the economic conditions of our lives operated by the State and the bosses. Very few talk about and propose a subversion of the conditions of our existence, and claim liberation in the face of the degradation of our lives. Life is evaluated according to the dead objects one possesses. So for us the question is not whether or not we are poorer but whether or not we accept continuing to live in a way that immobilizes us.

In spite of all this, we can see many people around us, including workers, the poor, prisoners and immigrants, whose life is conditioned by this world and its civilization as if it were the most precious thing they have. For this reason we nihilist anarchists believe that the main question concerning revolutions is not seizing power but totally destroy Power, Power in human society.

To start with anarchist-nihilism unites the political and the individual, reason and feeling, theory and practice, here and now, and renders the barriers that artificially split up our lives invalid. We can’t see the economic crisis as something extraneous to the culture of organized boredom, nor can we see Power as something separate from the passivity of the society that accepts it.

Only by liberating meanings in their wholeness will we liberate ourselves. Far form scientific calculation, enlightened vanguards, analysis centered on economy and revolutionary prophecies on class struggle – which is allegedly ‘coming’ – nihilism places itself in the here and now. With nihilist discussion and critique we are plundering and destroying all residues of hope for a future better world. Because all the ideological romanticisms that put their hope in a future revolution function in a coercive way in the face of the actual destruction of Power here and now. Those who dream about what is to come tomorrow, are today – in the practice –passive spectators of what is happening in their lives and continue not acting. For this reason we say that nihilism is a knife that cuts on both sides. On the one side, it strikes the old world of Power and on the other it decapitates the revolutionary prophecies that announce future utopia and mass revolutions.

Nihilism accelerates the conflict with Power in its totality and places this conflict directly in daily life. It is a way to put all the dominant values of civilization and society in question, in a conceptual and practical way. It is a method that makes Anarchism possible now, regardless of vague hopes and ‘ripe conditions’. It is a firm step that extends our rebellion beyond the narrow limits of the struggle against the State; for the material destruction of the State is only a part of the liberation of our lives. Moreover, through nihilism, we also want to destroy the authoritarian perceptions that are inside us and are poisoning our values and relations.

For this reason, when we strike targets of the system our direct action and our theory are not confined to the question of the State but extend to a wider and more complex critique, which also concerns society and its values. Of course when we refer to the concept of society we don’t mean the totality of people but the socially acknowledged majority behavior that supports and strengthens the civilization of Power. We are talking about public opinion, statistics, mass culture, alienated multitudes, silence, pacification, immobility and indifference that characterize contemporary people, voluntarily slaves.

As nihilist anarchists we hate both the hand that holds the whip and the back that endures it and passively accepts flagellation without reacting. We dismantle and destroy all the values of civilization, annihilate the dictatorship of economy by making it void, make the cities of the masses and their authoritarian urbanism crumble, attack the plunder of nature and animal exploitation, hamper dogmatic positions and refuse the religion of the scientists. Only constant and merciless destruction-creation makes life worth living. The constant nihilist questioning, through texts, bullets and explosives, attack organized boredom, the offspring of the dominant culture of “identity”.

Through Anarchy we create a constantly changing world, a totally different world, a world where tension finds its duration after going through intellectual and emotional explosions, a world where new relations are being forged as old traditions and burdens are disappearing. But once they are considered concrete reality, the new values brought about by anarcho-nihilism in a very critical moment, will have to explode and destroy themselves, thus creating new agitation and new perspectives.

Anything that is old and firm must be destroyed. We promote the beauty and passion of the moment when something completely new begins. We avoid cowardice and the certitude that we are investing our energies in things that might be proclaimed eternal truths. The strongest memories are those that provoke change, not those that remain entrapped in the habitude of time and in the traps of Power. Reason and emotion melt together and then are written again behind the endless rebellions of Anarchy. Only the living and the mortal are alive and worthwhile. For this reason we affirm that nihilism is the will of anarchist creation and destruction. A dance of the senses and emotions performed by insurrectionist practices, a dance that never ends…

This dialogue came out for the first time in May 2012, in Spanish, in the Mexican anarchist magazine Conspiración Ácrata.

This English edition translated from the Italian text published by Edizioni Sole Nero by actforfreedomnow/B.pd/sysiphus.