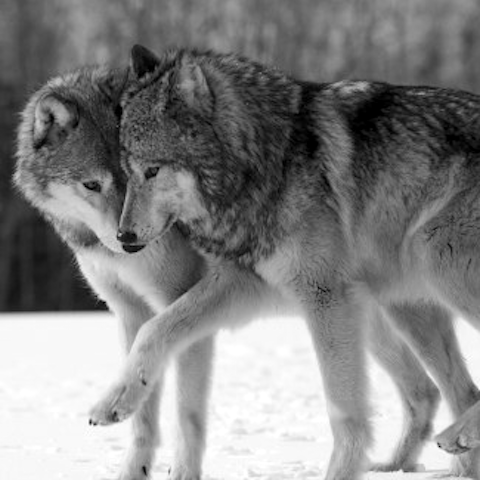 In the struggle to break with the establishment we look for and create relationship forms that are contrary to imposition and authority. Forms that help us feel comfortable in order to develop autonomously in our proposals and acts of daily confrontation. With this feeling we understand affinity represents the most suitable way for anarchist relations and that it’s not the fruit of empty slogans repeated until satiation, but the result of practices and shared visions that have helped generate long lasting bonds of passionate friendship and intimacy, that go beyond the simple bonds of just friends.

The trust and care that comes from feeling and knowing that the ideas of permanent rebellion are the sustenance and strength of affinity helps build and develop anti-authoritarian practices. In turn, these ideas, are inseparable from our choice of life, the option that reinforces what we plan and how it is to be done. It is through these relationships that we grow individually and have the undeniable possibility of acts with no strings attached, which impedes the creation of bureaucratic and authoritarian behavior, cutting off the concentration of power.

Critics of this position have signaled that this form makes it impossible to influence “social reality” and that it turns anarchism into a ghetto. Our response is that we don’t understand anarchism as a political party that uses all of its strategies to increase numbers for the purposes of achieving hegemony. We think that the means must be coherent with the ends as it would be contradictory to claim total liberation otherwise. For us, anarchism is, above all, a tension where individual initiative plays a central role, not a production.

As this experience of imprisonment comes to an end we have lived through the birth, the strengthening and reinforcement of relationships of affinity. Our friends have given meaning to the word solidarity filling us with strength and pride. Overcoming many difficulties, we have been able to collaboratively build positions and initiatives of what we’ve learned. The will and determination of our friends, even if this sounds repetitive, has destroyed walls, bars, the space of time, and eliminated obstacles of isolation and communication. We have attempted and believe to be successful in establishing a relationship that breaks away from and is in opposition to the welfare practices where prisoners are viewed as “a poor victim of the system who is the subject of atrocious injustices.” The assumption that, as anarchists we find ourselves in a permanent confrontation with power and that it has its consequences has given possibility to put into practice an active and combative solidarity with a clear and unambiguous line of discourse. The idea – strength of “neither guilty, no innocent, simply anarchist” is reflected in our position against prison and repression both in and outside of their walls. It represents a way of living and being in prison that is linked with intransigence that opens innumerable paths of action for friends in the street, ways which attempt to destroy power by not falling into their categories and contrary to their predatory logic.

This text is one part of a larger comunicado by Mónica and Francisco originally published on March 10th, 2017 by Contra Info.