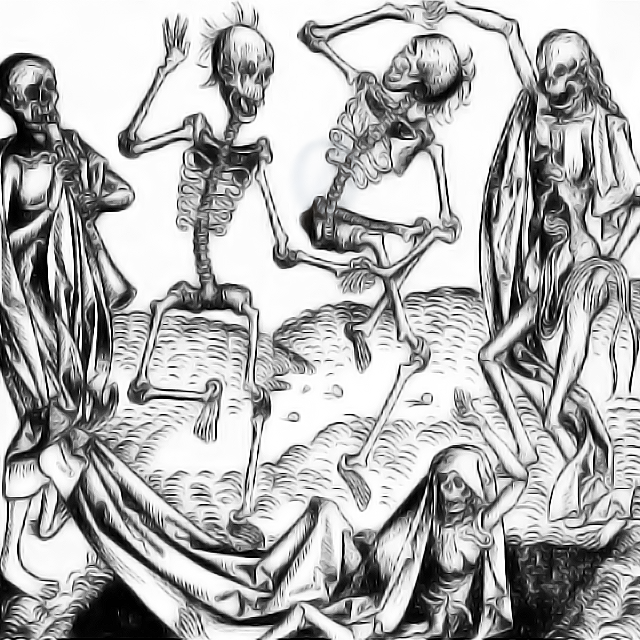 There can be little doubt that we are living in frightening times, times in which it is easier for those who can to simply bury their heads in the sand and go on as if everything is fine. Environmental degradation, social disintegration, increasing impoverishment in every area of life — the entire array of the consequences of a social order that is monstrously out of balance — can easily lead those who think about it to believe that an end of some sort is on the horizon. It is, therefore, not at all surprising that apocalyptic perspectives have arisen on many sides and are certainly no longer limited to religious fanatics. One of the versions of this apocalyptic ideology is that which foresees the collapse of civilization within the next few decades, brought on by ecological, social and/or economic breakdown. It is this particular form of apocalyptic thought that I want to deal with here, because it is in this form that one most often encounters it in anarchist circles.

Those who hold to any apocalyptic view may look upon the coming end with either hope or despair, and this is true of the ideology of collapse as well. Some of the anarcho-primitivists who adhere to this belief look at the collapse as a great opportunity for reinventing primitive ways of living free of the institutions of civilization. A few even seem to take delight in the suffering and death that would inevitably accompany such a collapse, apparently forgetting that this suffering and death would not be likely to recognize distinctions between rulers and ruled, between domesticated and wild, between civilized and “primitive”. Furthermore, they seem to ignore the fact that those who have controlled power and resources up to now would certainly continue to try to do so as the world collapsed around them, most likely resorting to the same sort of techniques as warlords in Somalia or Afhganistan have used, but on a much larger scale with much more destructive weapons.

Some radical environmentalists seem to have a somewhat more realistic conception of what this collapse would mean. Recognizing that a collapse of civilization at his point would certainly be brought on to a large extent through a major ecological breakdown involving large-scale devastation of the fabric of life on earth, the apocalyptic vision tends to move them to despair, and thus to desperate action. The attempt to preserve the fabric of life as civilization goes down becomes the primary motive of their activity. It must be preserved at any cost — even that of our principles, even that of our dreams…

But the problem with apocalyptic thinking is that it is always an act of faith. It assumes the inevitability of the impending end, and makes its decisions on the basis of this belief. In making a prediction about the future the basis for action rather than the present reality that one confronts and one’s own desires about how one wants to live, such thinking gives the struggle against this world an ideological basis. Of course, such a basis has one advantage, it makes it much easier to make decisions regarding how to go about one’s struggle, because this ideological limiting of possibilities basically already makes these decisions for us. But this deserves a little more examination.

Placing one’s faith in an inevitable future, whether positive or negative, makes it very easy to make some sort of accommodation with the present. If Marx’s belief in the inevitability of communism led him to justify industrialism and capitalist exploitation as necessary steps on the road to this end, the ideology of inevitable collapse ends up justifying a defensive practice in response to the devastations caused by the ruling order on the one hand, and an escapist practice which largely ignores the reality we presently face on the other.

The defensive practice that develops from this perspective springs from the recognition that if the trajectory of industrial civilization is left unchecked it’s collapse would probably lead to such environmental devastation that life itself would be threatened. So the sort of action to be pursued is that which will protect the few remaining wild places and non-civilized people that currently exist and to limit the damages that the operation of the industrial/post-industrial technological systems can cause in order to lessen the devastation of the collapse. Such a logic of defense tends to push toward a reformist practice involving litigation, negotiation with the masters of this world, proposals for legislation and the acceptance of representation in the mass media in order to appeal to the masses. This tendency can be seen both in the radical environmental movement and in indigenist[1] movements. Of course, the defensive nature of the struggles of indigenous people is quite understandable, considering that as cultures, they really are facing their end. Nonetheless, the tendency of defensive struggle to fall into reformism is very clearly manifested here as indigenous struggles so often fall into the demand for rights, official recognition, property (in the form of land rights) and the like. And for anarchists who claim to want a revolutionary break with the present, uncritical support for these struggles is itself a compromise, an embrace of what is merely the latest, most fashionable version of third-worldism.

The escapist tendency sees in the predicted collapse liberation from civilization. Since this collapse is supposedly inevitable, there is no need to take specific action against the institutions of domination and exploitation that form this civilization; there is no need to strive for a break with the present world, for insurrection and revolution. Instead one can simply go off into the wilds and give oneself over to developing “primitive” skills in order to prepare oneself for the coming collapse and let the rest take care of itself. Of course, I support people learning any sort of skill that can enhance their capacities for self-determination and self-enjoyment. The problem with this perspective is not in choosing to learn the skills, but in giving up a practice aimed toward the revolutionary destruction of the present social order based on a faith in its inevitable collapse.

As I have already said: the apocalypse is a matter of faith, not a proven fact; the collapse of civilization is merely a prediction, one possibility among many, not a certainty. What we are facing now is an ongoing train of disasters that impoverish and devastate our lives and the earth. Assuming the inevitability of collapse is an easy way out. It permits one not to face the present reality, not to place oneself in conflict with the existence we are living here and now. If one sees civilization as the enemy, as the source of all of our problems, by assuming its inevitable collapse in the near future, one relieves oneself of any responsibility for attacking it and attempting to create a revolutionary rupture to bring about its destruction while opening new possibilities for living — a responsibility that would require one to hone one’s critique so as to know where, when, why and how to effectively attack it.

A belief in an inevitable collapse not only legitimates defensive reformism and survivalist escapism, it actually makes them the most logical practice. But since this collapse is not present reality, but a mere prediction — which is to say nothing, or at least nothing more than a thought in some people’s heads — , then we have to ask ourselves if we want to base our practice on this nothing, if we want wager our lives on this.

If we recognize history as the activity of people in the world, rather than as the use of the past or the future to justify the present, then it becomes clear that every break with the present, every new beginning, transforms all time. Thus our struggle happens now, and it is a struggle against the present. It is, in fact, a game in which we place our lives on the line, putting ourselves at stake, and this is the essence of revolutionary responsibility — taking responsibility for one’s life here and now in open conflict with this society. In this perspective, the potential for an economic, social or ecological collapse is part of the challenge we face, part of what we are staking ourselves against. But since it is our lives, our selves, that we are staking, the way we choose to face life — our desires, our passions, our principles, our personal ethic, all that makes each of us unique — cannot simply be laid aside in order to “save the world” from a predicted collapse. (Nor can we simply hide from it.) The wager is precisely that we will overturn this social order that may be heading for collapse by living and fighting against it on our own terms, refusing to compromise. The moment we turn to petition, negotiation, litigation, legislation or even mediation (i.e., accepting representation of ourselves in the mass media), we have already lost the bet, because we have ceased to act on our own terms, we have allowed a “higher” value, a moral valorization of Humanity, of Life or of the Earth, to take precedence over our own lives, our own humanity that resides precisely in our individuality. It is precisely this moralism, based in an ideology of despair that leads us to sacrifice ourselves, our own dreams and our own principles, and thus transforms us from insurgents and revolutionaries into reformists, into voters, petitioners, litigators… pathetic beggars.

In speaking of revolutionary responsibility, I am speaking precisely of this willingness to place oneself on the line, to stake one’s life on the possibility of a revolutionary rupture that we create. This perspective stands in absolute opposition to any form of apocalyptic faith including the ideology of collapse. It means that our practice of revolt starts from our own dream of the world we desire and our own understanding of how the present world stands in our way, an understanding that we sharpen through analysis and critique in order to better attack this world. Because if we start in this way, from ourselves and our most revolutionary desires, we will see the need to stretch out our hand, grasp every weapon that we can truly make our own and go to the attack against this civilization based on domination and exploitation. Because there is no guarantee that this monster will collapse on its own. Because even if it eventually does so, in the meantime we would be living in mediocrity and misery. Because only by learning to actively create our lives for ourselves, developing ways of living that are absolutely different from those that we have experienced up to now — something that can only be learned in revolt — will we be able to guarantee that the end of this civilization will not lead to even worse horrors. Because this is the meaning of taking responsibility for one’s own life here and now, this is the meaning of revolutionary responsibility.

[1] I say “indigenist” as opposed to “indigenous” because I am referring at least as much to the support movements of non-indigenous radicals as to the movements of indigenous people themselves.