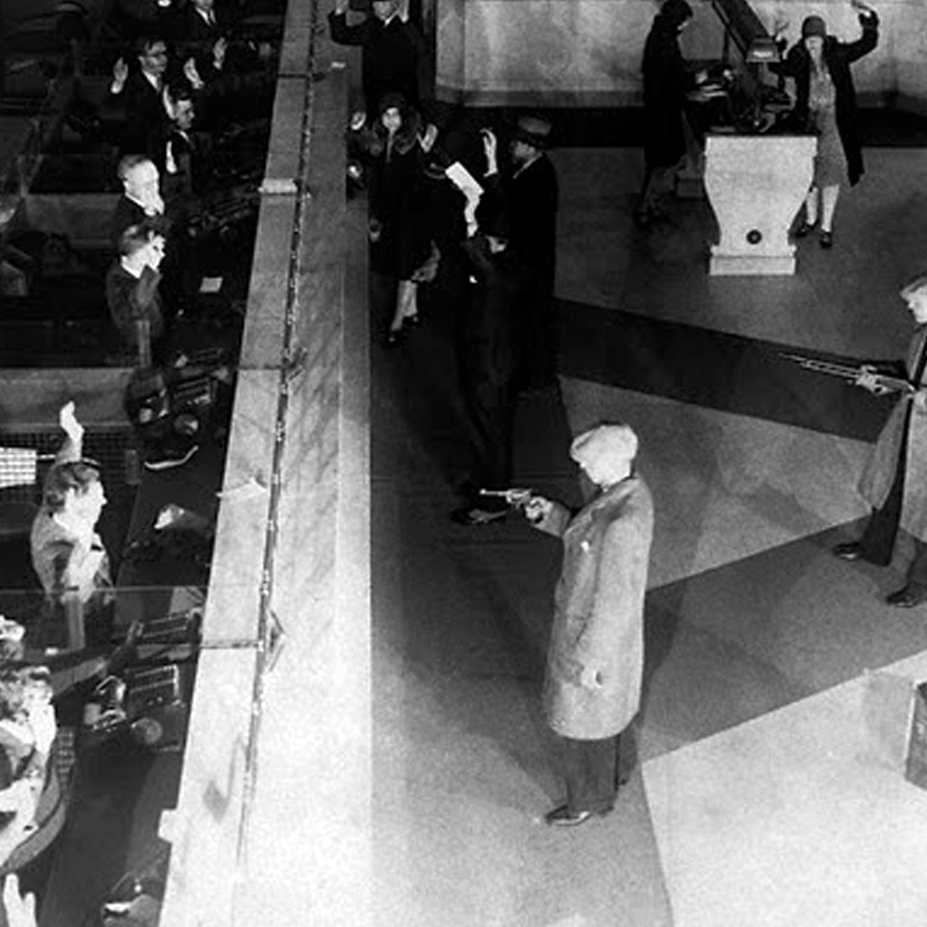 Why Do We All Live In Prison
Prison, Law and Social Control

There is a place in this society where one is perpetually under surveillance, where every movement is monitored and controlled, where everyone is under suspicion except the police and their bosses, where all are assumed to be criminals. I am speaking, of course, of prison…

But at an ever-quickening pace, this description is coming to fit more and more public spaces. Shopping malls and the business districts of major cities are under video surveillance. Armed guards patrol schools, libraries, hospitals and museums. One is subject to search at airports and bus stations. Police helicopters fly over cities and even forests in search of crime. The methodology of imprisonment, which is one with the methodology of the police, is gradually being imposed over the entire social landscape.

This process is being imposed through fear, and the authorities justify it to us in terms of our need for protection – from criminals, from terrorists, from drugs and violence. But who are these criminals and terrorists, who are these monsters that threaten us every moment of our fear-filled lives? A moment’s careful consideration is enough to answer this question. In the eyes of the rulers of this world, we are the criminals and terrorists, we are the monsters – at least potentially. After all, we are the ones they are policing and monitoring. We are the ones who are watched on the video cameras and searched at the bus stations. One can only wonder if it is the fact that this is so glaringly obvious that makes people blind to it.

The rule of fear is such that the social order even solicits our aid in our own policing. Parents register their toddlers’ fingerprints with police agencies connected with the FBI. A Florida-based company called Applied Digital Solutions (ADS) has created the “Veri-Chip” that can hold personal, medical and other information and is intended to be implanted under the skin. Their idea is to promote its voluntary use by people, of course, for their own protection. It may soon be connected to the network of the Global Positioning System (GPS) Satellite so that anyone with the implant could be monitored constantly. In addition there are dozens of programs that encourage snitching – a factor that is also reminiscent of prisons where the authorities seek out and reward snitches. Of course other prisoners have a rather different attitude toward these scum.

But all of this is purely descriptive, a picture of the social prison that is being built around us. A real understanding of this situation that we can use to fight against this process requires a deeper analysis. In fact, prison and policing rest on the idea that there are crimes, and this idea rests on the law. Law is portrayed as an objective reality by which the actions of the citizens of a state can be judged. Law, in fact, creates a kind of equality. Anatole France expressed this ironically by pointing out that before the law, beggars and kings alike were forbidden from stealing bread and sleeping under bridges. From this, it is clear that before the law we all become equal, simply because we all become ciphers, non-entities without individual feelings, relationships, desires and needs.

The objective of law is to regulate society. The necessity for the regulation of a society implies that it is not meeting the needs or fulfilling the desires of everyone within it. It rather exists as an imposition on a greater part of those who make it up. Of course, such a situation could only come to exist where inequality of the most significant kind exists – the inequality of access to the means for creating one’s life on one’s own terms. For those with the upper hand, this state of social inequality has the dual name of property and power. For those on the bottom, its name is poverty and subjection. Law is the lie that transforms this inequality into an equality that serves the masters of society.

In a situation in which everyone had full and equal access to all that they need to fulfill themselves and create their lives on their own terms, a wealth of individual differences would flourish. A vast array of dreams and desires would express themselves creating an apparently infinite spectrum of passions, loves and hatreds, conflicts and affinities. This equality in which neither property nor power would exist would thus express the frightening and beautiful non-hierarchical inequality of individuality.

Contrarily, where the inequality of access to the means for creating one’s life exists – i.e., where the vast majority of people have been dispossessed of their own lives – everyone becomes equal, because everyone becomes nothing. This is true even of those with property and power, because their status in society is not based one who they are, but on what they have. The property and the power (which always resides in a role and not in an individual) are all that have worth in this society. Equality before the law serves the rulers, precisely because its aim is to preserve the order in which they rule. Equality before the law disguises social inequality precisely behind that which maintains it.

But, of course, law does not maintain the social order as words. The word of the law would be meaningless without physical force behind it. And that physical force exists in the systems of enforcement and punishment: the police, judicial and prison systems. Equality before the law is, in fact, a very thin veneer for hiding the inequality of access to the conditions of existence, the means for creating our lives on our terms. Reality breaks through this veneer constantly, and its control can only be maintained by force and through fear.

From the perspective of the rulers of this world, we are, indeed, all criminals (at least potentially), all monsters threatening their tranquil sleep, because we are all potentially capable of seeing through the veil of the law and choosing to ignore it and take back the moments of our lives whenever we can on our own terms. Thus, law, itself, (and the social order of property and power which require it) makes us equal precisely by criminalizing us. It is, therefore, the logical outcome of law and the social order that produces it that imprisonment and policing would become universal, hand in hand with the development of the global supermarket.